With the introduction of the iPhone X back in 2017, which was one of the most anticipated phones among the iPhone lovers, Apple paved a new era of the iPhone which has a modern design language and many more features.

As their sequential update, in 2019 the iPhone 11 is offering us quite similar features with a significant upgrade in some areas. Along with its price tag of $699 which is $50 cheaper than its predecessor, we’re going to check out if this phone is a game-changer or not.

And let me tell you this, the iPhone 11 is the the perfect balance between the feature and price.

– While the LCD panel is amongst the best, its not as good as the OLED

– Only wide-angle camera (No zoom lens)

Look-wise, the iPhone 11 is quite similar to the last year’s popular iPhone XR. It has the same design, the same 6.1 inches IPS LCD 720P screen with fancy rounded corners and a notch at the top. There is ion strengthened glass on the back and front, meeting at the brushed aluminum frame.

The phone comes in six new colors– Black, Green, Yellow, Purple, Red, and White. There is no matte finish on this phone like its pro versions; rather it has got this glossy finish which is why the phone will not be that scratch-resistant and will end up getting smudges more easily. Other than that, the phone’s thickness and shape are exactly the same as iPhone XR which makes this 8.3mm thick phone to weigh about 194 grams.

If we go for the physical placements, you will get the normal power button on the right side along with your SIM card tray down at the bottom and on the other side you will get the volume buttons and the alert slider. Then on the bottom of the phone, you will get lightning port with speakers and microphones. But the bezels are quite thick on this phone.

If you take a closer look at the back, you will notice that there are two different glass finishes; there’s a glossy like normal finish across the back with an Apple logo in the middle and a matte glass finish on the camera square shape. The back allows for wireless charging, so you are not missing out on any of those features as far as fast charging or anything like that.

And then finally, the phone does have dust and water resistance with the IP68 certification which means it can be submerged under 2 meters of water for up to 30 minutes.

Along with the same dimensions, the iPhone 11’s screen is also the same as iPhone XR which is 6.1 inches Liquid Retina IPS LCD display with a 720P resolution of 828×1792 pixels and a sizeable notch cutout. The phone has got an aspect ratio of 19:5:9, screen to body ratio of 79% and the pixel density of the phone is 326ppi.

The display is excellent with good contrast and accurate colors. The True Tone feature of the phone will automatically adjust the white balance based on the ambient light. Although the display is not as sharp as the Pro models, you will find it difficult to tell the difference with your naked eye because Apple LCDs are typically great. Unless you deeply care about displays, the display is just more than fine.

Apart from that, you will get to see low touch latency and have a very smooth experience because of the touch sensing of 120Hz which is a nice boost for gaming too but the refresh rate will still be at 60Hz. The phone also does not come with an HDR10 support or Dolby vision.

Other than that, there should be no problem using the phone outdoors as the phone’s maximum brightness is good, measured up to 640 nits with a manual slider. And unlocking the phone with Apple’s Face ID is quite secured as it uses 3D Facial Mapping. It is quite fast but the annoying thing is, it requires you to swipe up even after being recognized.

Moving on to the cameras, the camera section in iPhone 11 goes plural, unlike the single camera setup of iPhone XR. The only thing you are missing with this phone is a Telephoto Lens which is included in the Pro versions. The rear camera section is such as below:

In daylight, the photos taken on the main camera have rich detail, excellent dynamic range, and impressively low noise. Although the colors are accurate, they seem a bit washed out if you are a fan of vibrant photos. Also, you will notice that the photos are being sharpened and lacking a little bit of contrast.

On the other hand, the performance of the ultrawide camera is pretty average on this phone as it is lacking important features like OIS and Autofocus. If we go for the quality, the performance is decent as it produces photos with the same contrast and dynamic range of the main camera. Although they could be more detailed and less noisy.

The Portrait Mode uses the primary lens and produces detailed photos in good lighting. But the subject separation is not quite good having some defects at places as there is no depth mapping lens on the rear side. Now, when the lights get low, the camera will automatically switch to night mode and capture some pseudo-long exposure shots. The quality of these photos is great with plenty of details, good contrast and balanced sharpening. But, as there is no night mode on the ultrawide camera, the results  in that lens are pretty bad in low-light condition.

The camera comes with an interesting feature called Capture Outside the Frame which takes an extra snap from the ultrawide camera while taking photos with the main camera and suggests a wider angle if it recognizes that you have accidentally cropped a person from the frame. And this helpful feature also works for videos.

There is an upgrade on the front facing camera which is featuring a wider 23mm 12MP (F/2.2) lens. The quality of the selfies is top-notch with great dynamic range and color accuracy. Thanks to the Smart HDR mode. The selfie camera takes stabilized videos up to 4k resolution at 30/60fps in case you are interested in making vlogs but there is no Auto-focus here. You can also take slow-motion selfie videos or Slofies as Apple called them, in 1080P at 120fps.

Videos on the rear camera can also be taken in 4K at 24/30/60fps which is assessed by switching between the lenses at any time and Smart HDR along with a wide stereo sound recorder. So, all of these things combined, make for a great camera because you are not compromising at all except for one lens.

The iPhone 11 runs on the latest iOS 13 out of the box which is quite familiar and also brings about a couple of new features to the table. For example, we can mention the system’s light-dark mode which can turn all of your menus into black ones.

Although it seems so cool, the feature does not save the battery life on your LCD screen as it would have done in an OLED. Another change is that the 3D touch is now replaced by the haptic touch which triggers thing with a long press. Also, there have been an addition of some new options, filters and an intensity slider to the photo editor along with some customizable options on the video editor too.

Inside the iPhone 11, there is Apple’s latest A13 Bionic Chipset (7nm+), which along with 4 gigs of RAM, performs just as the Pro versions of this phone. The performance of this phone is brilliant and unmatched by anything in the Android world as it aces the benchmarks. So, whether or not you are doing anything from going to music or maybe you are editing a 4K video or playing games such as Fortnite, the phone will handle those with no problem at all.

iPhone 11 in 4GB RAM with 64/128/256 GB of internal storage. Keep in mind that the storage is not expandable here. So, it is so easy to run out of space if you end up buying the 64GB variant of the phone. The phone is very good at LTE which will allow you to a have a better data connectivity and a great network reception which might even be a little bit better than the Pro phones although technically being a bit slower than those.

iPhone 11 has a 3110mAh battery, which is a little larger than the XR. That allows for about 7 to 8 hours of screen on time, depending on how you use your phone and what you are doing throughout the day. Battery life is much better here on the iPhone 11 than the iPhone 11 Pro as it gives a great endurance reading of 94 hours at the place of 86 hours.

There’s support for 18W fast charging like on the pro models but you are not provided any fast charger with the phone. In the box, you get a 5watt charging brick that charges the phone from zero to only 18% in half an hour, where with the fast charger, you would be able to charge the phone up to 55% in the same period.

The phone has a Qi Wireless Charging support too. But for that, you have to use a third party charging pad as Apple does not make any. Also, you do not get the reversible wireless charging facility with this phone.

As the phone is providing a 20% better CPU performance than the last year’s chipset, you are going to have a better gaming experience of course. Alongside, the phone does a great job at staying cool through the help of heat dispersing graphene layers. So, the phone can sustain its performance without facing any kind of thermal throttling, while you are having your heavy gaming session.

On top of that, Apple A13 Bionic Chipset, which is probably the most powerful processor right now, is also more power-efficient than the previous chipsets. Overall, we can say that the gaming experience on this phone is going to be impressive and lag-free.

For audio output, iPhone 11 has got a pair of Stereo Loud Speakers which will provide you a rich sound with a well-measured. Apple has updated the speakers on the iPhone 11 to have what it calls Special Audio which is a virtual sound decoder that supports Dolby 5.1, 7.1 and Atmos.

Well, this is no surprise that the phone is not having a headphone jack but you do get a pair of ear pods inside the box which you will be able to plug directly into the lightning port.

It is a great phone with one of the best camera qualities and an excellent battery life. But that does not mean that the iPhone 11 is a perfect phone having the best specs and features. The phone definitely shines within its price range. Those who do not care about an LCD versus OLED display, a Telephoto lens or a stainless steel frame, this is the phone to get. And for those who do want those extra features, can step up for $300 to the Pro line. On the contrary, if you are an iOS person and do not want to spend a thousand dollars, then you should go for iPhone 11.

How To Connect AirPods To A Laptop: Easy Solution 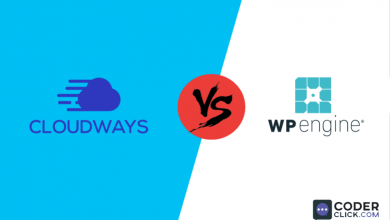 Cloudways vs WP Engine: Select the Right One!

The 5 Best Shared Hosting Review in 2020

Cloudways Vs Siteground – Which Wins The Battle? 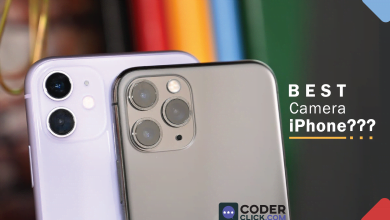 Let’s See Which iPhone Has The Best Camera In 2020