This year is what can be considered to be a good competitive one from both Intel and AMD in the CPU market as their difference to take over the market dominance is ever so slight. As the year advances and coming to the middle, AMD is pushing its new Ryzen 4000 mobile CPUs via many laptop brands which never thought to use AMD in the premium category.

Today we’re going to look at the newly released Asus TUF A15 2020 laptop which is oddly related to the Asus ROG Zephyrus G14 (which came a few days earlier) in terms of performance but won’t break your bank account.

So, how good of a value this laptop is? Well, starting from a price of $700, I assure you this is a good one. Stick to the end for the full review.

Check Here For the Updated prices:

The Asus TUF A15 is weighted at 2.3 KGs and just a hair shy of 1 inch in thickness. It also has a plastic build and with those huge bezzles around the display, the does not look like a professional laptop by any means though it serves the purpose of attracting the gaming community it was supposed to be marketed. Despite the looks, the laptop is quite rugged and can handle some drops in its lifetime.

The lid is made of aluminum with plastic beets inside so it doesn’t feel as premium as the Asus G14 also there is some slight flex when you press it down hard. But it is massively this superior to its predecessor the Asus TUF FX505DT in terms of design & build-quality.

There are two colors to choose from, one being the Bonfire black which is basically a matte black version another being a sandstone grey version which Asus calls the fortress Grey. Both of the designs look very well in our opinion, although it lacks behind by some margins then Asus ROG Zephyrus G14.

On the front of the lid, you will find that the TUF logo engraved which cuts down some of the clean aesthetics from the laptop in my opinion. Moving on to the display,  the Asus TUF A15  features a 144Hz 1080p  IPS display with adaptive sync from AMD.

there is a small webcam cutout on the top of the display. There is a small extension in the middle of the lid which allows you to open the laptop very easily. But Asus cut some corners in the hinge because there a slight wobble especially when you are working putting the laptop on your lap.

Asus is giving us plenty of options for the spec as we can configure the laptop either with AMDs latest Gen Ryzen 5 4600H to all the way up to Ryzen 9 4900H and a Ryzen 7 4800H somewhere in between. The GPU is configurable up to an Nvidia GTX 1650 all the way up to a full RTX 2060 (not the MAX-Q Version).

The Ram is configurable up to 32GB of DDR4 running at 3200Mhz even though most of the models will have 16GB pre-installed. On the storage side, the Asus TUF A15 will feature an M.2 NVMe 512GB SSD with the capacity to add another via an additional  M.2 slot.

On the battery side, there are two options to choose from 48 watt-hours and 90 watt-hours variants which we will talk in-depth later.

All the Specs in at a glance:

On the keyboard side, you will find the reason why the laptop is aimed at the gaming community. It gives you that aggressive looks that will turn on your gaming mode. The palm rest is made out of Brushed plastic material (instead of aluminum) which I personally like. The keyboard is full-sized having included the number pad which is a nice addition.

The arrow keys are a bit offset from the whole keyboard set which in my opinion is a nice touch as this is a laptop oriented mainly for gaming purposes. lucky Travels a good distance even though they are a bit  Mushy. the whole keyboard is  RGB LED-backlit and the keycaps are Using custom font which can be a bit distracting for some users.

The trackpad is large enough With smooth plastic finish and also features Windows Precision driver. Asus cut some corners by not providing a glass finished trackpad Bing a gaming laptop most likely you will use a separate Mouse anyway.  In addition, trackpad buttons are clickable.

The bottom-firing speakers do not get as loud or clear as the professional counterparts but it gets the job done as Asus pulls a nice trick having left a cutout for speakers on both sides.

Moving to the IO ports on the left you will find a barrel charger Ethernet connection one HDMI 2.0b, 2xUSB 3.0 Gen1, 1xUSB type C 3.0 Gen 2(having support for Display port 1.4) and an audio jack.

On the right side, you find 1xUSB  2.0 along with the cooling vents. it would have been nice if  Asus put an SD card reader on the right as there is plenty of room available. but it is what it is and overall the port selections are good enough the most of the alternatives out there.

Let us think straight. Even though Asus isn’t marketing this laptop for someone to do professional works, but it can handle those with a breeze. Bening a gaming laptop, it has a comparatively larger girth thus featuring a superior cooling solution that can boost up like a champ.

Not to mention the higher core count from the new AMD Ryzen 4000 series CPUs which can give the laptop some serious computing power compared to its Intel counterparts. Also, do keep in mind that this laptop is powered by a dedicated Nvidia GPU which can make some good gameplay experience.

Our unit was on the higher end, equipped with the Ryzen 7 4800H, the Nvidia GeForce RTX 2060, 16GB of DDR4 memory, and 1TB of storage. Check the benchmarks and see how it holds up to its competitors.

The Laptop just blazes through most of the gaming with a solid 60FPS in AAA games when running on 1080p. If you turn down the settings you can get the advantage of that 144Hz display, especially in E-Sports titles. Also, as the display supports adaptive sync this will help you minimize the occasional dips in FPS thus eliminating micro stutter issues. Here are some benchmarks:

As for professional workloads where multi core performance is needed those extra two cores along with SMT makes a huge difference for AMD and completely obliterates the Intel Counter parts. But as always they lag slightly behind in single threaded performance.

One thing to note that, in Adobe Premiere Pro Intel laptop tends to perform faster due to superior Codec & hardware optimization. So, if your one and only task is to do video editing then better go for the Intel ones.

It is quite a sin to expect a large battery life from a gaming laptop, but the Asus TUF A15 (90 Watt-Hrs Battery Pack) has made us think twice about that. With our testing on the PCMark 10 battery life benchmark, which tends to replicate a moderate day to day use, the laptop takes us more than five hours before it ran out of juice.

So, it is safe to assume that, the laptop will go through at least one and a half to two hours of continuous gaming session without any hiccups, but do keep in mind the performance won’t be as goods as when connected with a wall adapter. Speaking of the power brick, the Asus TUF Gaming A15 comes with a 180 Watts (230 Watts on higher specs) standard adapter to juice up your device.

Do keep in mind that, Asus has released two variants of the Asus TUF A15 in terms of battery capacity. The higher capacity variant doesn’t feature a 2.5″ hard drive bay which in my opinion is an unnecessary addition assuming you already have an additional M.2 NVMe Slot to play with.

As for thermals, the temperature didn’t got to that extent where this laptop thermal throttles thanks to its cooling system which has been much improved over the years and also due to the 7nm AMD CPUs.

During the longer gaming session, the keyboard mostly stayed cooled. The only Hot-spot you will find on the upper right corner where the Numpad resides.

Also Asus has included a performance mode where you can crank up the fan speed to make the laptop run a bit cooler but the addition of the excess sound doesn’t worth it. Our recommendation is to turn it off always if possible.

Getting inside of the Asus TUF A15 is very easy. You just have to unscrew the Phillips headed custom-sized screws and pry the plastic chassis and you are good to go. Asus has made a smart move by adding an extra NVMe slot for further storage expansion. Also, the RAM is unsoldered to the slot which means an easy & hassle-free upgrade.

The Asus TUF A15 clearly isn’t a premium notebook, but you have to keep in mind that this laptop was not intended for this market. It doesn’t have that “thin and light” or “Ultra-portable” tag on it. Nor, does it feature an edgeless super color-accurate display for those high-end photo editing or video rendering. But, what you get for this price is an adaptive sync-compatible, 144Hz screen and a top of the line remarkable specs for the money.

In my opinion, this laptop was targeted for the market like college students or fresh graduates who just got into a job who needs to blaze through the day to day tasks while not compromising the gaming focus.

It’s no ultrabook, but it isn’t a behemoth where it will massively weigh down your backpack and compromise your portability. The battery is large enough for you to go through your class hours with ease if you don’t plan on playing games in front of your professor.

I think this laptop is one of the best-balanced and versatile budget laptops with an inherent affinity towards gaming and we’re rating it to be the editor’s choice for a budget gaming laptop in 2020.

Xbox Exclusive Games Spotted || The Game is On !!! 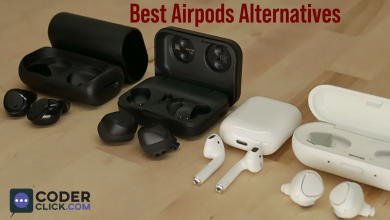