Are you looking for the best SSD of 2022 for your device?

In recent years Solid-state drives (SSDs) have become a prominent choice for building a new PC. SSD serves the same purpose as a hard drive but their data transfer rate is much faster. An SSD consists of Solid memory chips and a controller to work and as it doesn’t have any moving parts so it has more durability in terms of use.

On the other hand, a traditional hard drive contains a circular disc (platter) which is used to store the data. As the platter spins, it allows the read-write pin to fetch or move data on the disc. As the platter spins at a very high speed (5400 or 7200RPM) the moving part eventually fails over time and it can’t sustain any physical damage (falling from hand or a hit on the body etc.) But the biggest advantage of a hard disk drive is the price to storage ratio.

For many years the prices of SSDs were out of the reach for mass people. But, due to availability of technology as well as lower production cost of the memory chips the prices of SSDs are lower than ever. Today, we’re going to look at the top 7 best SSD of 2020 and help you make the right decision for you.

Things to Consider for Buying an SSD

To make the right decision for choosing the best SSD of 2022, we need to have some baseline drawn for some specs. Unfortunately, many new users and sometimes even the experts fall for the manufacturers marketing gimmick. Before buying an SSD you must consider the following specs:

3.      What kind of NAND flash memory chips are they using?

Based on these factors we’ve chosen 7 best SSD of 2021 for you along with all the technical information, pros & cons.

Let’s see what we have for you in this writing.

Samsung is no new player in the SSD market as they are one of the pioneers of bringing this new technology and introduced it with the mass people. With their reputation in mind, they have released the Samsung 970 Pro, an MLC NAND based SSD which is just a step ahead of the normal TLC NAND based SSDs.

Though the read speeds at 3500MB/s are the same as the previous generation’s 960 Pro, the write speeds have gotten a serious update – up to 2,700MB/s thus taking the crown of “fastest SSD” from other manufacturers.

This level of performance does come premium, which is typically twice the price of the competing products. Even so, if money isn’t an issue, then the Samsung’s 64L MLC V-NAND packed 970 PRO is the beast of delivering consistent performance, reliability & features.

Western Digital has gained a name for producing some of the best SSDs and hard drives for a few years now & keeping this tradition, the Western Digital Blue SN550 has claimed the best budget SSD on our list.

This NVMe SSD has some of the highest random read/write speeds of considering this is one of the most affordable NVMe SSDs, it’s easy to recommend it to any gamer looking for a new SSD, whatever their budgets are.

The Western Digital black SM 750 has conquered the best gaming SSD on our list this is SSD features and faster NVMe interface which can deliver speeds more than 6 times faster than normal Sata SSDs to give the hardcore gamers the competitive edge they need.

This SSD features a 64 layer 3D NAND that pushes the limitations of storage and is available in capacities ranging from 500GB to 2TB. It also has a sleek modern design that goes with many desktop gaming PCs that supports M.2 connection with space for  heat sink.

It also features the Western Digital Black SSD dashboard which is a software exclusive for this SSD which prevents the system performance loss and provides a consistent income experience.

The Adata XPG SX8200 Pro is one of the best SSDs available in the market and has managed to crawl up in our honorable mentions list. When it comes to a stellar price to performance – there are very limited choices to at this price point.

Adata has claimed that the XPG SX8200 Pro can reach speeds up to 3,200 MB/s read and 1,700 write and based on our own testbench we have managed to get similar numbers.

The most impressive part is the fact that with its low asking price, there’s a DRAM cache on board (although an unspecified amount, most likely 512MB) which can do magic in terms of speed. Also, this DRAM cache helps reduce the wear-tear on the SSD.

The Samsung 860 PRO is one of their greatest consumer SATA based SSD that has really made an impact on the market. This SSD is the incremental update of their previous-gen Samsung 850 PRO SATA SSD which has set a new bar in performance and capacity for the mass people.

Featuring the 64-layer V-NAND, 4GB of LPDDR4 DRAM, and their trusty MJX controller, the Samsung 860 PRO delivers the punch with its read and write speed numbers.

With this controller, Samsung has allowed the SSD for one of the fastest communication with the host system and has improved Linux compatibility hence making it a good option for Data center and storage-type applications.

Even after nearly two and a half years since its launch on early 2018, the Crucial MX500 still remains one of the best SSDs in the market which you can buy. Thanks to its excellent balance between the value to performances it has remained on our honorable mentions list.

Crucial MX500 runs on micron’s new 64-layer 3D NAND which was a needed upgrade as the previous-gen NAND has presented challenges that refrained us from suggesting the brand, but this is not the case anymore.

Due to the various nature of PCs, it might not have an M.2 slot, which will severely restrict you from adding a fast NVMe SSD to your system. There is an option to change your motherboard, then again you need to spend a lot of money for that.

Another quick fix of this problem is to use an add-in card SSD like the Intel Optane 900P. This type of SSDs use your often unused PCIe 3.0 x4 port so that you won’t compromise any of the ports and make them your secondary storage.

The Intel Optane SSD 900P has a lightning fast read and write speed thanks to the new 3D XPoint memory, developed by a JV of Intel and Micron. But it’s also expensive because of the cutting-edge technology, not to mention its higher power usage.

Samsung has released a new portable SSD X5 that is rather pricey, but it packs some of the leading edge performances and security features that will speed up any professional workflow. The SSD features Full AES 256-bit hardware encryption which provides exceptional security for the professional community or someone who values their privacy, but the three-year warranty along with lackluster build might be a dealbreaker for many.

In this vast sea of technology, you might say there is a lot more to say about SSDs than what has been stated in this article. We completely agree with that but this list has been made with our own experience with our time spent with them. Also, we’ll be linking some other good SSDs to go with.

PlayStation 5 || This Changes Everything 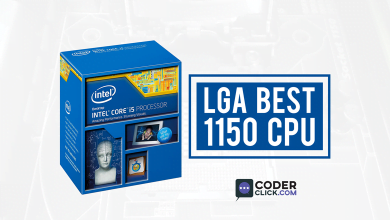 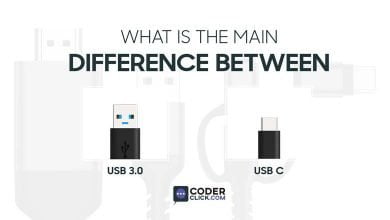 What Is The Difference Between USB C VS USB 3.0? 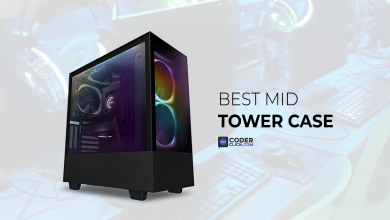 7 Best Mid Tower Case You Should Check Out Before Purchase